Raleigh native Thomas Crowder began his career as a draftsman with Holloway and Reeves Architects in 1973. In 1976 he moved to Bartholomew and Wakeham Architects until forming his own firm ARCHITEKTUR in 1993.

Crowder was one, if not the last, of North Carolina's architects to become registered without formal architecture education, grandfathered under NCARB’s apprenticeship program which was abolished in 1984. In the early 1980s he worked with Harwell Hamilton Harris on additions and renovations to a house for Kathy and Norman Bartholomew, which Harris originally designed for NCSU Professor Duncan Stuart. Crowder served multiple terms on the Raleigh Planning Commission and the Raleigh City Council.

1. I love the innocence of kids. For one thing, they assume that everybody else thinks the way they do, or they should.

2. I was drawn to architecture not only by the art form, but also because of the way it can inspire you emotionally. It’s not two-dimensional or even three-dimensional. The power is the space within, which impacts your life and psyche. That’s the fourth dimension – space.

4. When you start out in design, it does tend to be all about self-gratification – you see the great architectural spaces in the world and you want to create something equally wonderful as an extension of yourself. As you mature, you realize the best projects are not the ones that are in your face, it is those projects which respects their surroundings. Besides, you’re not going to take this stuff with you – it’s about what kind of legacy you’re leaving behindfor future generations.

5. You can build a legacy without having your own name attached to it. Raleigh was built by a lot of nameless, faceless people (to many of us, anyway) who made this the great community it is.

6. Architects are artists, builders, problem-solvers…and psychiatrists…and sociologists. We have to get inside the heads of our clients, understand how they think, what they see, how they live, and then come up with the best possible solutions to meet their needs. I love how we are able to learn so much about our fellow man and other professions.

7. Like any artist, we work for benefactors. Because of who they may be, I think our profession is oftentimes intimidated to be outspoken on social issues. But part of our job is to educate them about the impacts of the choices they may make, and go out on a limb sometimes. That extends to the general public and the political arena.

8. I’ve never subscribed to the notion that perfection is the enemy of the good. I say, strive to come up with the absolute best possible solutions given the challenges you’re given and the constraints and context you’re working in. Why would you not?

9. I think the true architects are the lawmakers and the politicians who design the framework for our communities, the country and the world. That’s what drew me into politics. Who better to address our community’s and nation’s challenges than the problem-solvers?

10. I do like politics. It’s not about fame and definitely not about fortune – if it were, I do not believe I would like myself. It is about the soapbox, the chance to extend one’s influence by putting ideas and solutions regarding our future out there for the public to ponder.

11. Great environments don’t have to be gold-plated, or vast, or elitist. Great environments are the ones that lift people up regardless of their economic circumstances. There is no shame in being poor, just allowing our poor to live in poor conditions.

12. It’s interesting that economics are so foremost in our decisions. We often forget what drives economics – that beneath it all, there’s something important that’s sustaining any economy, and it’s our quality of life. I do think enough is enough. We used to pride ourselves in the South on getting along with our neighbors, bless their hearts. In an agrarian society you must often depend on your neighbors for help on the farm. Because of that codependence on each other, you were reverent and respectful of your neighbor’s feelings. I do worry about the increasing narcissism of the present day – we seem to be losing our sense of neighborliness.

14. When Jefferson talked about life, liberty and the pursuit of happiness, he was talking about individual liberty but also the pursuit of the common good, Happiness was about living in a community and insuring our fellow man equal access to their happiness.

15. I am very proud of my profession, because I think we do try to have a global vision, take a moral high road and address issues of sustainability and a social imperative. We have a lot of work before us. 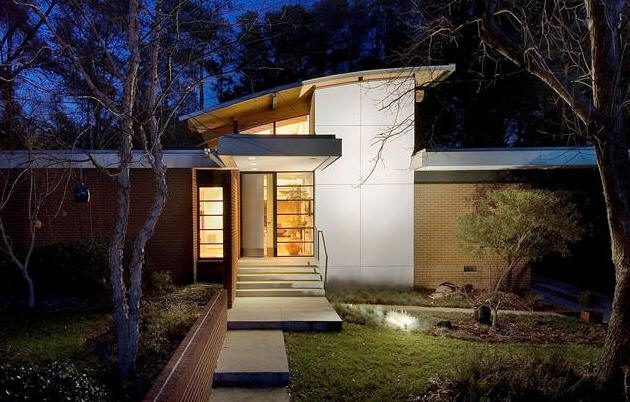 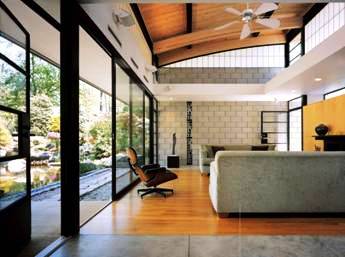 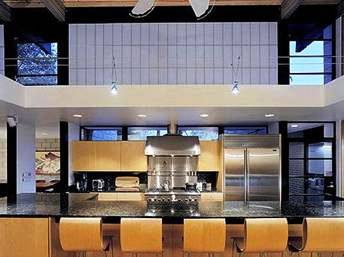 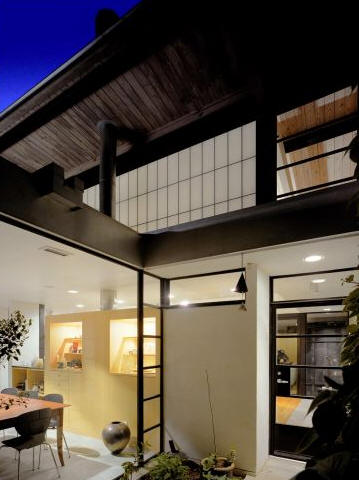 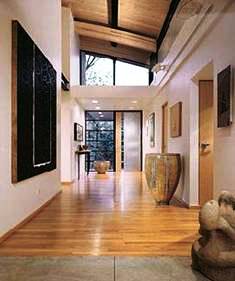 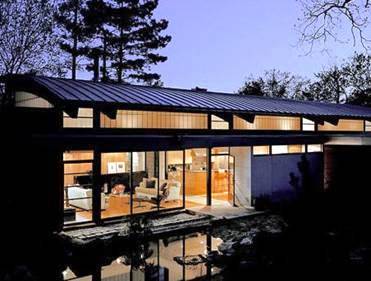 2000 -The Thomas and Kay Crowder Residence, his own house at 1409 Ashburton Road in Raleigh. Crowder's striking design replaced an earlier more traditional ranch home that burned in 1998. 2400 square feet. Landscape design by Bell/Glazener Design Group. Won a 2004 AIANC Honor Award and a 2008 INFORM Merit Award (Virginia AIA). As of 2012 still owned by the Crowders. Top photo by Mark Herboth. Next five photos by James West.